On the 20th October 2017 we at DotNetNorth held our second Xamarin Dev Days in Manchester. We were originally scheduled for September, but for a couple of reasons, we couldn't do this. We were left trying to find a venue for the event.

I had spoken at "Mobile Mondays Manchester" in the past at UK Fast in Manchester, and remembered what a great venue it was. I got in touch with UK Fast, and at short notice, they said they were happy to host the event, and a group of eager developers. They even wanted some of their own staff to attend.

The idea behind Xamarin Dev Days is to introduce cross-platform using Xamarin to interested developers. There are events held world wide, but this year only 2 in the UK - Belfast and Manchester. We had 3 presentations:-

An Introduction to Xamarin - Pete Vickers

We had a Q&A session, followed by lunch, and then there was a 'hack'. Luce Carter did a demonstration of Xamarin Live Player, and our own Rik Garner then gave an overview of XAML.

Luce then kindly volunteered to go through the code for the hack live on the stage, which was much appreciated by the organisers and the delegates.

We had around 50 delegates, and speaking to people at the end of the event, everyone seemed very pleased with the day, and were keen to take things further. We were also surprised to have delegates from London, Reading and Birmingham.

I can't speak highly enough of our hosts at UK Fast. Efficient registration, tea coffee and soft drinks post-registration, and Abi and the girls were perfect hosts. Lunch was courtesy of Microsoft arranged by Claire Smythe, and sorted by UK Fast. The AV just worked, all we had to do is stand up and speak. Thanks to Alice Gibson and everyone at UK Fast for sorting things out and making us feel so welcome - we would love to stage more events there. I didn't pluck up courage to go down the slide, but several of our developers did. 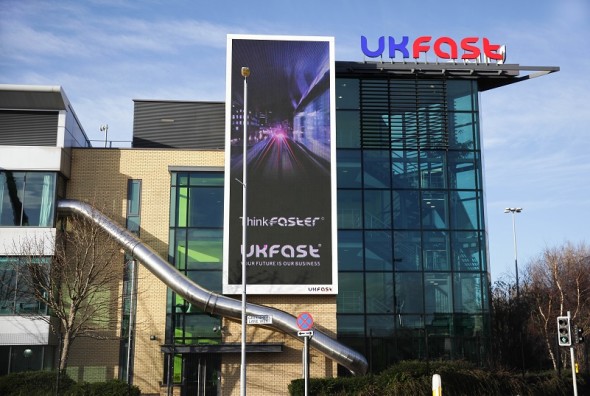 If you are at all interested in cross-platform development, Xamarin Dev Days is a great introduction for you.