Living with the Microsoft Band 2 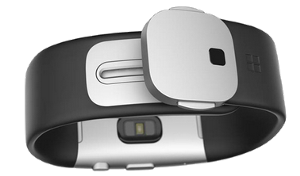 I have had a Microsoft Band since they were released - Father Christmas brought me one last year, and I was lucky enough to pick up a new Band 2 whilst at the MVP summit earlier this month.

The Band 2 is a massive improvement over the original band. Don't get me wrong, I was very impressed by the original, and came to depend on it far more than I thought I would. I came from a Fitbit Flex which I had been wearing for about 18 months. The band gave me more functionality, and allowed me to write software for it. I liked the fact that I got all my notifications on it, and that I could monitor my progress (or lack of it) at golf. I depended on the alarm, used the sleep tracker, and used the 'run' icon to track some of my walks.

So what is the difference living with the new Band 2?

Screen - screen is bigger, brighter and is made of Gorilla glass. The size is 320 x 128 pixels as opposed to 320 x 106 pixels, and is also a Capacitive 1.4" TFT full color display as opposed to AMOLED. The screen seems far easier to read. It is less prone to scratching, especially the screen surround. I used the excellent Skinomi full protector on Band 1, which gave full protection to the screen and surround. I have had no problems so far, but have still ordered a pack of protectors from Skinomi.

Clock - I have taken to not wearing a watch as much, so using the band as a watch. Band 2 introduces an 'intelligent' watch mode, so the watch only lights up when you move. This is customisable depending on how you wear the band. This also helps with battery life.

Charging/Battery - the positioning of the charging point on Band2 is much better, and much more reliable. On the Band 1, the charger on the band attracted dirt from sweat and general wear, and even though it was magnetic, it could be temperamental when connecting. Band 2 has a larger connecter, and it is built into the fastener, opposite where it was on Band 1. It also just makes contact with the band, as opposed to your skin, so should continue to be more reliable. I have not timed it exactly, but battery life seems much better. As mentioned above, the clock mode helps, but battery life generally seems better, and quicker to charge. 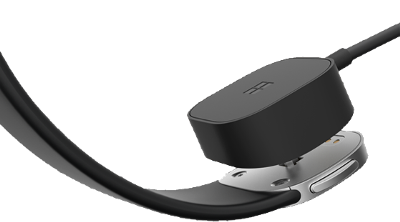 Alarm - Band 2 has a 'smart' alarm, which tries to wake you from a light sleep as opposed to a deep sleep, but won't let you miss the alarm. Well, so far, it appears to have worked. It has wakened me up, up to 20 minutes before my alarm was due to go off, but never failed to go off. Alarm is now located behind the 'sleep' tile, which is more logical, and the old alarm is now retitled 'reminder'. After a conversation on Twitter with Gary Park I found out that the alarm is now recurring. It isn't easy to find. When setting the alarm, after setting the time, scroll down and you see an entry that is set to 'Once' by default. Tap on it to get options of Daily, Once, Weekdays, Weekends. This is a great addition - thanks for letting me know Gary. The same function is also available on the reminder too. The alarm indicator also shows in the top right corner of the home screen when it is set.

Sleep Monitor - Very little changed, except for when you activate sleep mode, a little alarm shows in the top right of the screen to show an alarm is set. On band 1, several times when setting sleep mode, I went back to check I had set the alarm.

UV Monitor - I wear the band with the screen on the inside of my wrist, as I think do most people. In Band 2, the UV Monitor is placed on the back of the clasp, so is constantly in view. Unfortunately, in the the NW of the UK in November, I have had little chance to test this.

Little Touches - There are a host of 'little touches' that make the Band 2 more usable. Certain actions have red backgrounds, such as I'm Awake when you turn off the sleep monitor. There is an extra Barometer sensor which senses how many flights of stairs you have climbed. Most 3rd party apps work as before, and the excellent PimpMyBand has just been updated to take into account the larger screen size.

The Band 2 is more expensive than the Band 1, but I think it is well worth it. For golfers, the association with TaylorMade and MyRoundPro is good, and getting better with every release. The ability to glance at any emails, SMS messages etc., without having to look at your phone is also a boon at times.

I think Band 2 represents a great step forward and would heartily recommend it. The Health App has been updated for the Band 2, and is available for Windows Phone, Android and iOS users.