I bought a Surface Pro 3 a couple of months ago, and probably like everyone else who buys one for themselves, thought long and hard about my options. I use my laptop as my main machine, so use it for development and everything else. I wanted the Surface Pro 3 to be my main machine. I was replacing an i7 laptop, so I only really considered the i7 SP3.

So the next decision was 256gb or 512gb SSD. The difference in the UK is a hefty £310 - £1649 as compared to £1339 (neither of which is particularly cheap). I was using a 240gb SSD in my laptop, and using a 750gb hard drive in a USB 3.0 port as extra storage when I needed it. I was operating with about 30gb of free space on the SSD, but keeping a careful eye on things. I wrote a disc monitor that ran every hour, and notified me if the free disc space changed by a significant amount.

After a lot of thought, and talking to Ginny Caughey about her experience with the SP3, I decided to go for the 256gb version in the end.  I am very pleased with my purchase - probably the best machine I have ever owned.

Anyone who reads my blog posts will know that I am a fan of Virtual Machines for development. I operate several VM's with complete development environments on them, including a Windows 8.1 VM running VS2008 for Windows Mobile development, and a Windows 10 VM for testing. I also have a couple of others for real legacy stuff - that I rarely use. The disc drives for the VM's are all in excess of 50gb, so I didn't really want them on my built-in SSD.

So I have several options. I removed the 240gb SSD from the laptop and replaced it with the original 750gb HDD that came with the laptop. I intended to use the SSD in the USB 3.0 port on the SP3. I had a concern that under battery power, the USB 3.0 port may not have enough power for the external SSD drive, but when I tested it, it worked fine. HOWEVER, the built in USB 3.0 port hasn't got enough power to drive a 750gb HDD on battery power using a couple of the older docks I have - so be aware of this.

You still get access to the built in USB port, so you have 6 USB ports in total.

I originally thought I could run a Hyper-V machine on an USB 3.0 memory stick, but performance wasn't good enough. This led me on to do some performance testing on the various disc drives, to go for the best option.

First I tested the internal SSD using the excellent HD Tune - and as you would expect, performance is excellent. 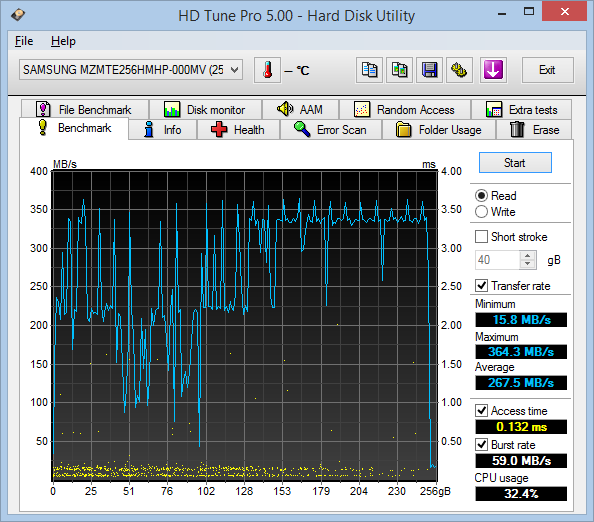 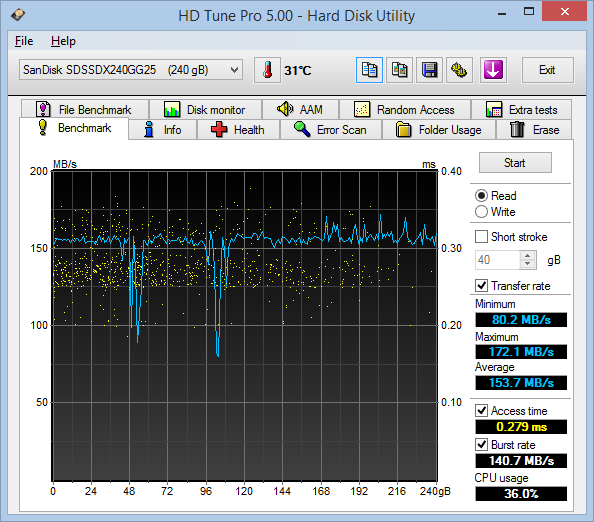 Performance was probably better than I expected - and was more or less identical in the built-in port and a port in the dock, giving about 60% of the performance of the built-in drive. 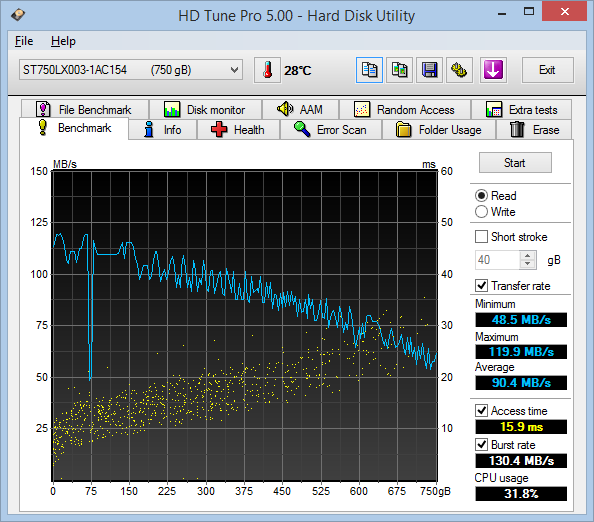 Performance was about 60% of the USB attached SSD. 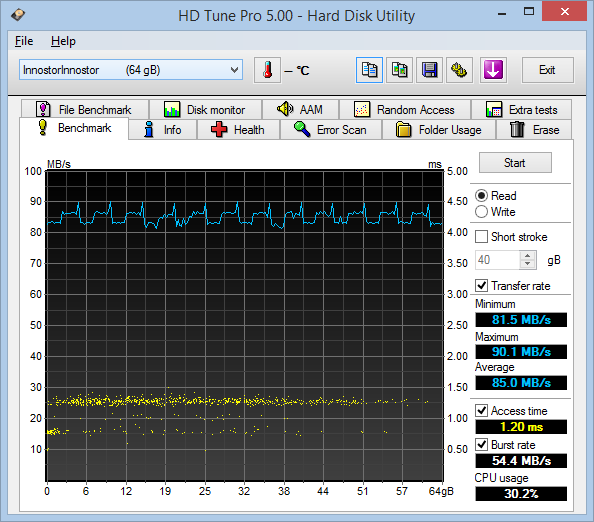 This showed up why performance using the Hyper-V machine in a memory stick wasn't up to much. Reading speed around a half of the USB attached SSD.

Finally, as I was in testing mode, I tested the speed of the Micro SD card, containing a 64gb Class 10 Sandisk card. I had already got this loaded with films and music that I used on my Surface RT. 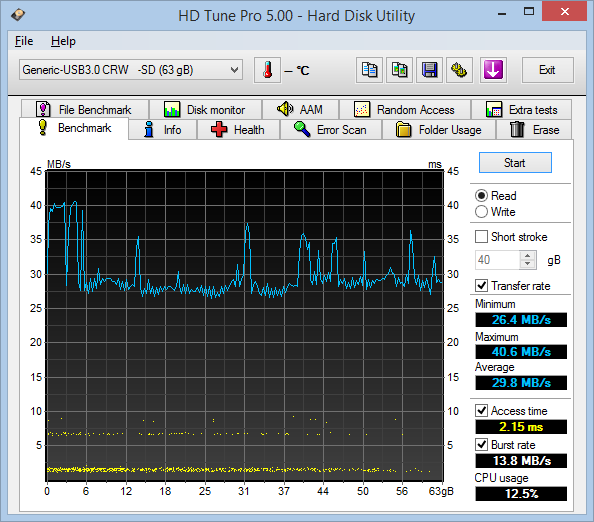 This is by far the slowest of the drives tested, and confirms my decision just to use it for films and music.

I think this vindicates my original decision to go for the USB 3.0 attached SSD rather than pay the extra for the 512gb SP3. I already had an SSD I could use, but even if I had to buy one, I could get a 256gb SSD for less than £100. A docking station, external SSD and dock combined comes in at less than the premium for the extra 256gb in the SP3.